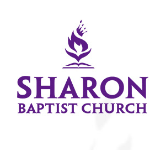 It all started in June, 1934 with less than ten people that believed God and a visionary named Rev. Charles H. Bernard. For three years the people borrowed space to worship and continued to believe the Lord for a permanent home. Change was a regular occurrence for first 12 years of Sharon’s existence, but the people remained faithful. In October, 1947 God gave Sharon a pastor, Rev. Phillip M. King that would lead the people for the next 34 years. During his tenure the church paid off all debt, purchased new property, and paid off debt again.