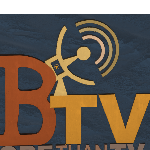 Asbury was seventh of eleven children born to Arthur and Pearl Garrison.  He was raised on the farmlands of Anderson, South Carolina which included a strong religious upbringing.  Life on the farm was a learning experience for Asbury and his siblings.  He like his brothers and sisters were encouraged to pursue training in an area of their choosing.

Asbury chose Mechanical and Electrical studies.  He moved to Connecticut, where he dove headlong into these studies, which paid off for him and his family in many ways over the years.

Asbury, a WWII veteran during his tour of service included EMET Campaign, France, Germany, and Morocco to name a few locations. He received 5 bronze stars and various other medals.  He married Addie Spear, “his sweetie” shortly after returning home from battle.  Two children, Oliver and Shirley predeceased him in death, were the fruit of this marriage.

He moved to Inkster Michigan with his family in 1949 where they continued to remain active in the church where he served as a Deacon and a member of the Male Chorus.

He worked for Kastle of Detroit, MI where he retired.  While Addie predeceased him, he continuously talked about the memories they shared together.  He was a family man and did many things to make our home comfortable by making additions to the residence and constructing an electric lawnmower a possible invention. Sundays were a special day.  Sometimes we would go to visit his brothers and sisters or just go for a ride exploring various locations.

He is survived by his sister Mattie Ruth, his son Oliver (Dorothy), Grandchildren, Sherry, Darnell (Angela), Lisa and Christina and Great Grandchildren, Cameron, Teresa, and Rain. He leaves to mourn his passing, daughter-in-law, nieces, nephews and a host of family and friends.