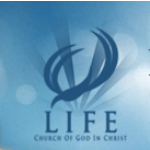 Ron Michel Gibson was born May 14, 1955 in Los Angeles, California to Alfred and Shirley Gibson. Ron is the second child, and first son of their beautiful seven children. His mother, Evangelist Shirley Gibson, being a devoted and highly anointed woman of God, diligently raised Ron and his siblings to love and serve the Lord. It was at Paradise Church Of God In Christ (later renamed Faithful) founded by Elder Zack Jones, that Ron received his early Christian training and the foundation was laid for his life calling to the Ministry of the Lord Jesus Christ. At Faithful, Ron’s spiritual development commenced in the Card Class and culminated with his Ordination as an Elder in the Church Of God In Christ. Elder Gibson has been a part of Southern California First Jurisdiction all of his life. As a young boy and throughout his teen years he was greatly impacted by the profound ministry of Bishop Samuel Crouch. Upon becoming a young adult, Brother Ron went the way of the prodigal son and got a different type of education from the streets of South Central in Los Angeles. At the age of twenty-five [25] years old, Brother Ron committed his life to the Lord Jesus Christ. All the misery he suffered became his ministry to a generation who needed to see a living example of God’s delivering power.
My videos

2:37:07
Life Church Riverside on 29-Sep-21-19:13:54
Life Church Of God In Christ is a Bible Teaching, Christ-Centered Church that presents the Gospel in a dynamic, cutting-edge way that is transparent and relevant for today’s culture.
1 Views
9 months ago
Lifechurch Riverside